Big-Ο is used as a tight upper-bound on the growth of an algorithm’s effort (this effort is described by the function f(n)), even though, as written, it can also be a loose upper-bound. “Little-ο” (ο()) notation is used to describe an upper-bound that cannot be tight. 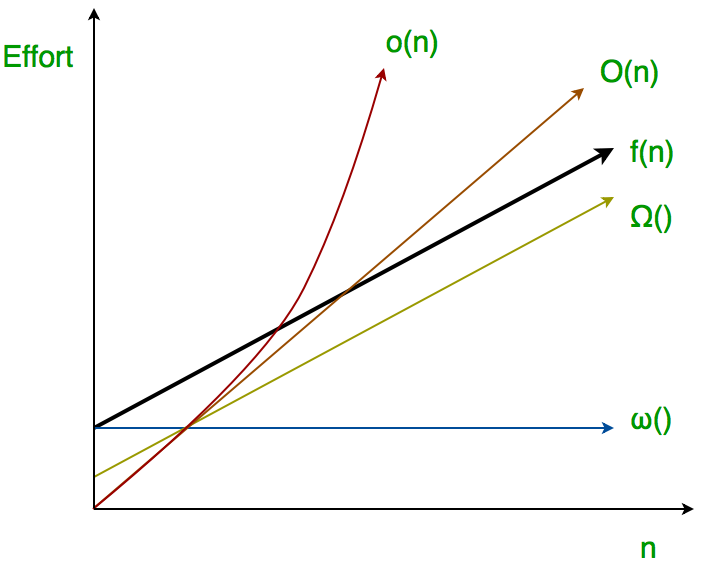